Signs are a sign of the times in which we live. Judging by the signs seen along Bus 75, we live in an age of chaos, clamor, hype, ethnic diversity, graphic inconsistency, and design that ranges from yawn-inspiring to fascinating. They are everywhere. No wonder our heads are spinning.

Signs have evolved over time, but not much. They first came into use around 18,000 BC. Those first human-made images communicated simple things. Like where to eat and not get eaten. They were ritualistic and spiritual, with nature symbolism as their language. Today’s signs are modern-day pictographs.

In the day when all roads led to Rome, there were signs marking the way and distance. Perhaps the roads also had billboards promoting the next big event at the Colosseum (Gladiators vs Lions July IV  Just 20 leagues ahead!). Were there signs for tattoo parlors and psychic readers along the way?

Judging by the signs seen along Bus 75, we live in an age of chaos, clamor, hype, ethnic diversity, graphic inconsistency, and design…

In 1389, England’s King Richard II ordered all alehouses to display signs. His edict stated, “Whosoever shall brew ale with intention of selling it must hang out a sign, otherwise he shall forfeit his ale.” This allowed the Crown’s official “ale tasters” to locate taverns and test their brew (important since drinking water was often bad and people drank ale instead).

That explains a lot. It may have led to the founding of a new country. Keep calm and carry on aboard the Mayflower. 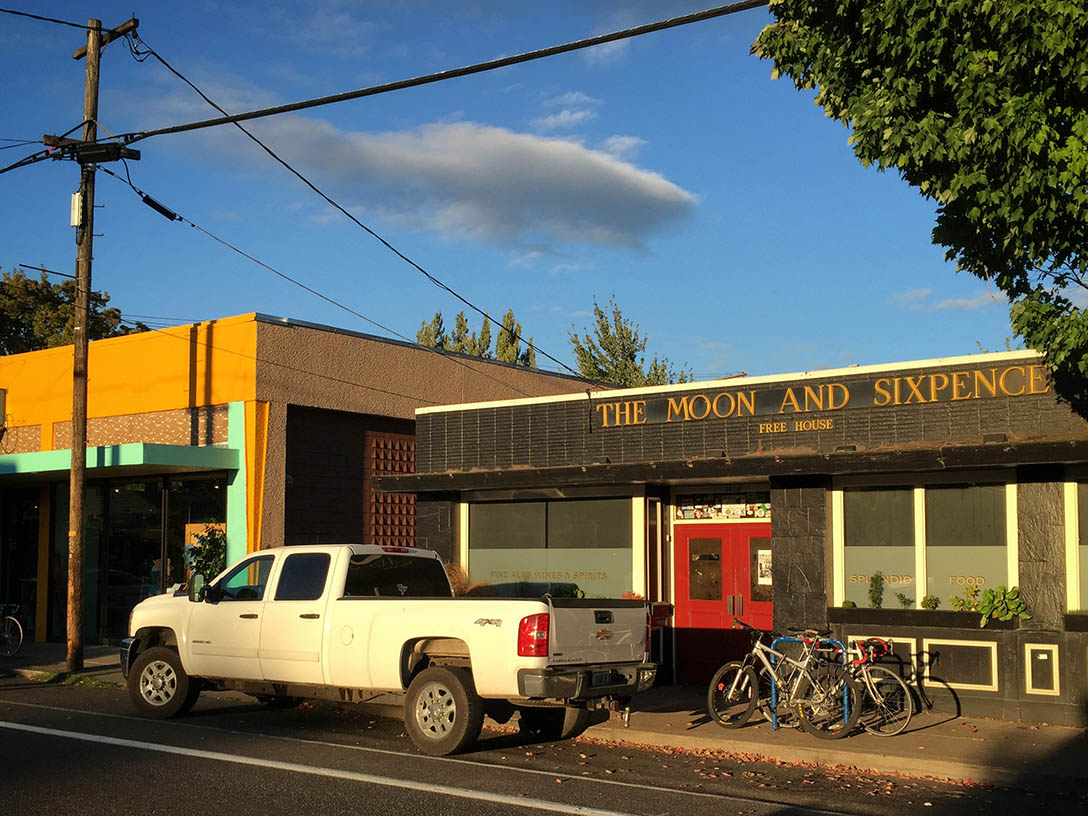 3 thoughts on “Signs of the Times”