A chair is open. I introduce myself to Wayne and take a seat, my first foray into his barbershop. We exchange small talk. The radio plays a Spanish language station, though Wayne tells me he speaks no Spanish (just likes the music). I ask how old he is. He pauses as if to add up the years – then says 93. As he deftly applies a razor to my neck, I delve into his story.

Wayne grew up in St. Johns. After high school he joined the Navy, serving on the Battleship California, which had been raised after being sunk at Pearl Harbor. He became a barber on the battleship (“Seven chairs!” he exclaims). “I didn’t want to carry a gun so I joined the Navy. Lotta guys got killed. Mostly by kamikaze attacks. I was on top deck feeding ammo to guns. It got scary a few times.” His nonchalance says a lot as he mows down my wild hairs.

What does he like best about barbering? Talking with people. His sentences got steadily longer as my hair got shorter. 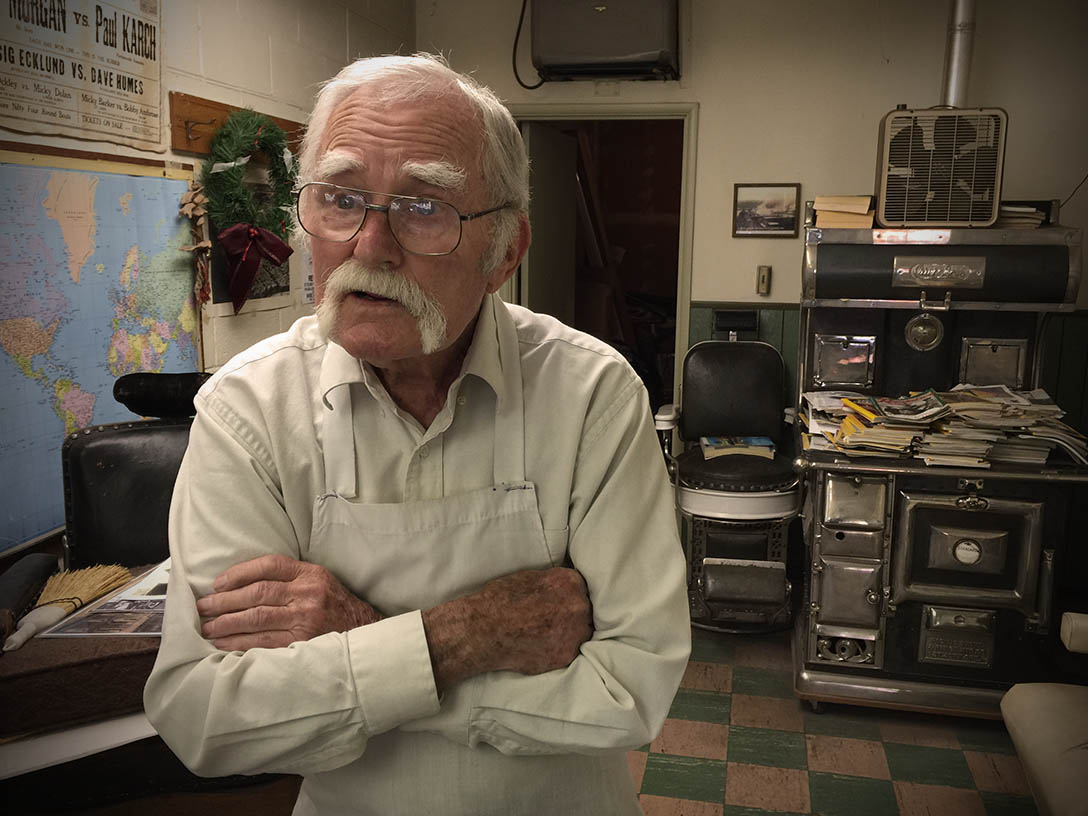 Wayne remained a barber after the war. In 1956, he took over a friend’s shop. He’s still there today, 60 years later. I ponder how many times he’s circled the chair I’m sitting in. Tens of thousands no doubt. He only works half days now but still walks a mile to his shop every morning. “What do you do in the afternoons?” I ask. He shrugs. “Whatever comes naturally. I used to go fishing but not anymore.”

“Who cuts your hair?” I ask. “My son. He’s okay, a little slow.” Tips to pass on as a barber? He gives it serious thought. “Don’t argue with the customers. They’re always right.” What does he like best about barbering? Talking with people. His sentences got steadily longer as my hair got shorter.

Wayne realizes he is outliving his customers. It’s hard to see them go. But he’s not about to stop cutting hair. He likes to have something to do. I salute that.

About 20 miles from Wayne’s Barbershop, sitting at the opposite end of the Bus 75 line, is Anvil Barbership. Partners Ryan and Marcus opened Anvil two years ago. They specialize in traditional cuts, classic styles, and hot towel, straight-cut shaves (a service that is dying out). It’s old school, all walk-in – as legit as a straight-cut barbershop gets. 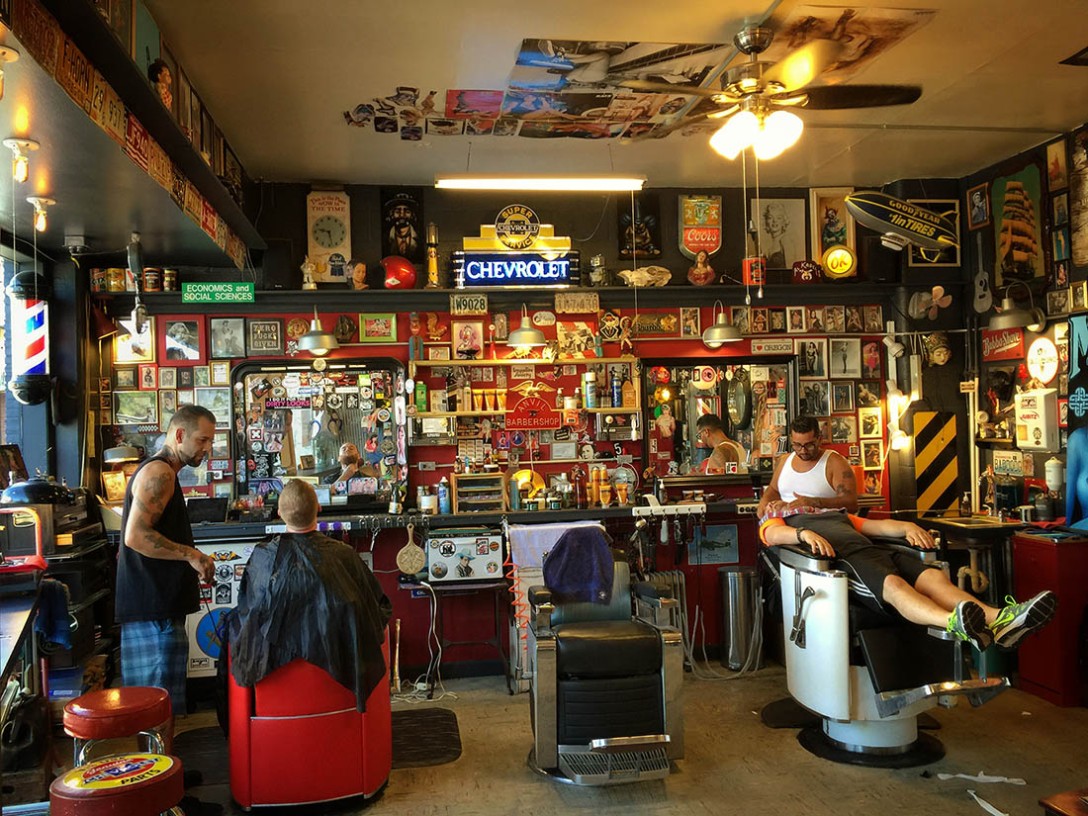 Having grown up in Milwaukie, Ryan wanted to start a local business. “It was important to me to be in downtown Milwaukie. This is my town. We like it here. Everyone knows each other. There’s been some changes in the neighborhood, but not as much as some areas.”

Marcus actually grew up in St. Johns. And in a somewhat Portlandish coincidence, he went to Wayne’s Barbershop for haircuts as a kid. “I remember him,” says Marcus. “He used to smoke a cigarette while cutting my hair and I could feel it when an ash would drop on my head. He would just comb it off like no big deal. It’s great that he’s still there.”

Ryan and Marcus take pride in carrying on the tradition of an old-style men’s barbershop – a place where men not only get a haircut and shave, but also hang out, talk, joke, have a beer and get out of the house. No kids, no women. The walls are covered with photos, posters and oddities of all kinds. The air has a faint scent of butchwax.

Outside, a woman pulls up at the curb in a Pontiac Bonneville. The passenger door opens and an older gentleman slowly emerges. Using a walker, he maneuvers his way inside and lowers himself into a chair for a cut and shave. Turns out he lives in a retirement center nearby. He comes to Anvil once a month, getting out of the house. Some things change, some don’t.

2 thoughts on “Wayne’s and Anvil Barbershops”