On the messy counter in front of a grease-smudged computer is a black rotary dial phone. It still works. It’s not the only connection with the past here at the Double J Tire Center.

“My grandfather started the business in 1976,” says Scott the Manager. “Almost everyone working here is related – cousins and all. We all get along pretty well. Some of them show up late but work hard. Others show up on time but work slow. Everyone’s different.” 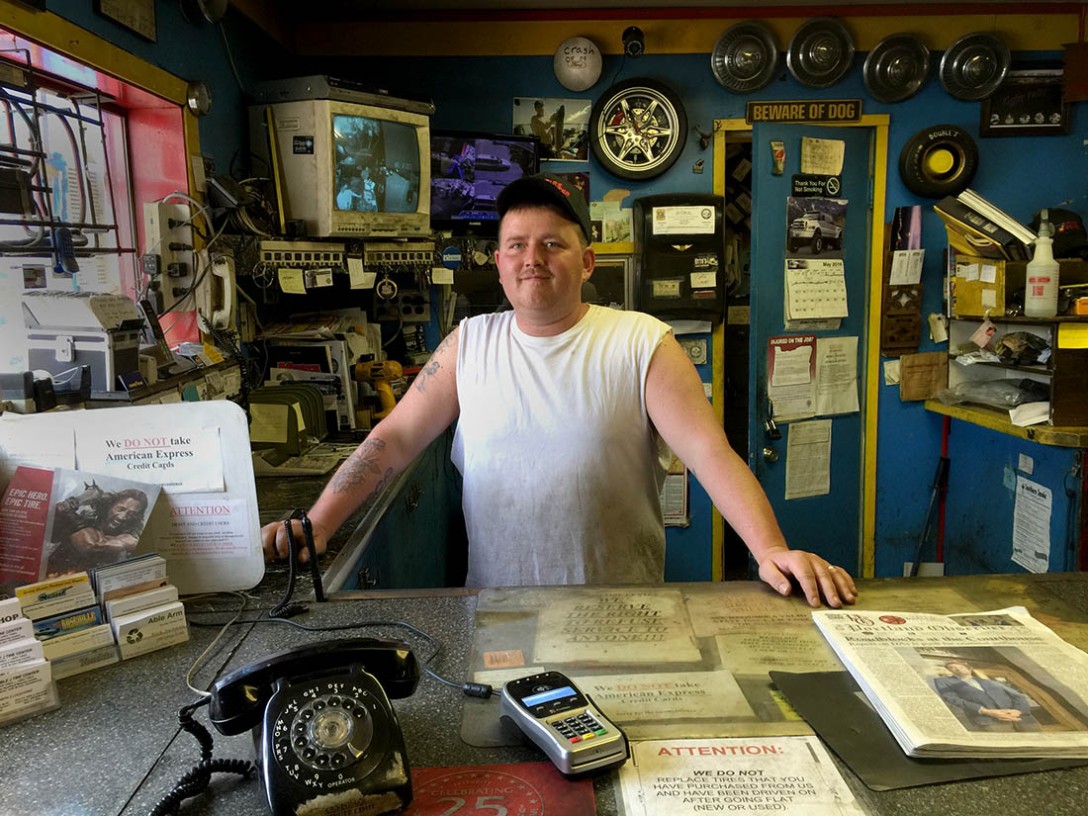 You can’t tell the employees from the customers. All are wearing long shorts and tank tops and talking a mile a minute.

This straight, no-BS new and used tire dealer has been a longtime community favorite. The lobby has old family photos and stale magazines to peruse. But what captures your interest isn’t People, it’s the people all around. You can’t tell the employees from the customers. All are wearing long shorts and tank tops and talking a mile a minute. 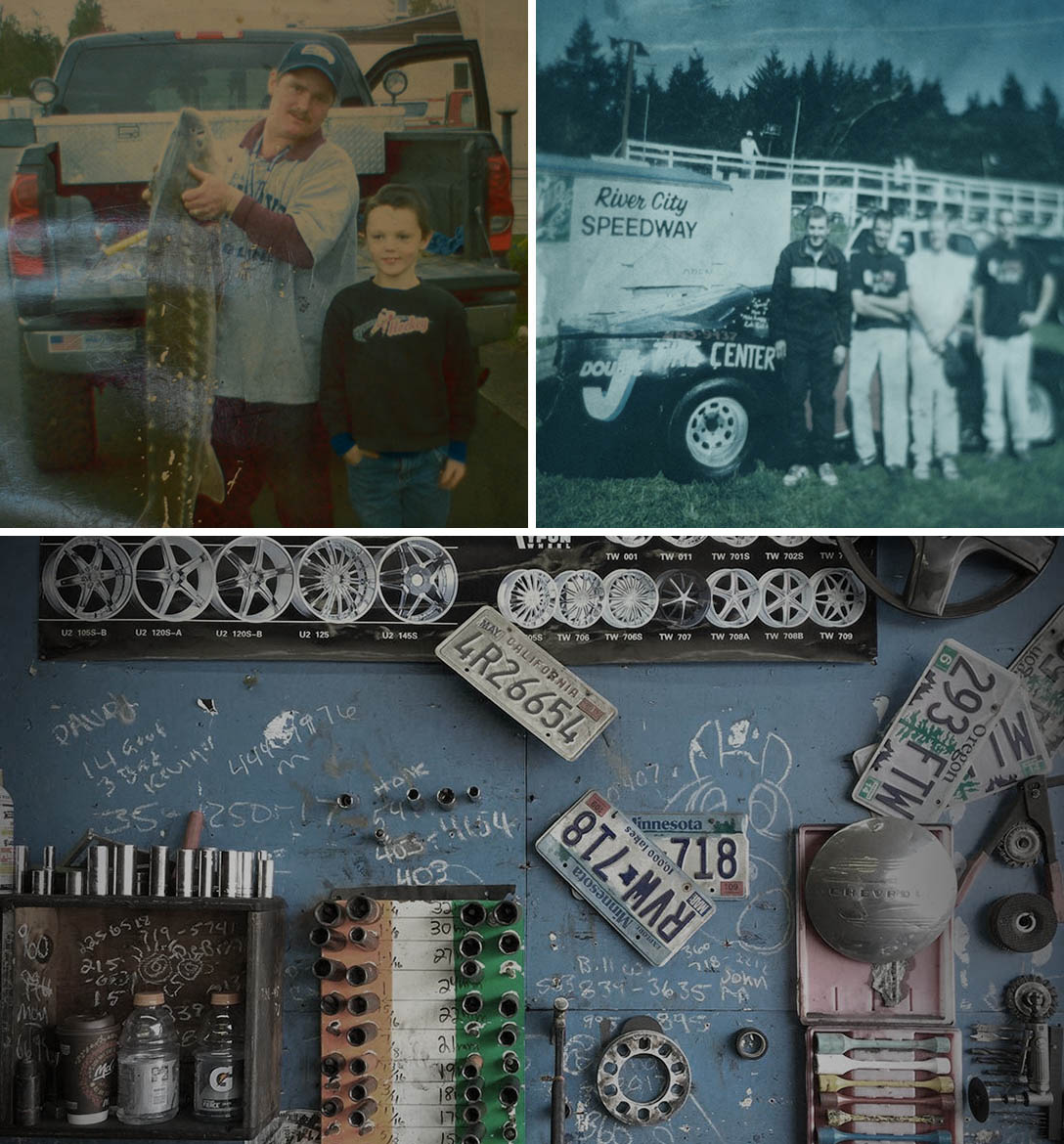 Scott says the neighborhood has improved a lot. It started when they changed the name from Union to MLK Blvd. “It’s a hell of a lot safer now. Back then it was pretty sketchy.” I ask why his granddad started the business there if it was so unsafe. With an exasperated air he says, “Because it’s on a busy street. People drive by all day and they need tires.” As if, duh.

Customer reviews pump up the Double J. One says: “Pulled in with sleeping babies, they changed out the tires without even waking the kids. This isn’t a place w/free popcorn in the waiting room or clean overly friendly service, its dirty and straight to the point. Get in, stay out of the way and get out. I like it! :)” 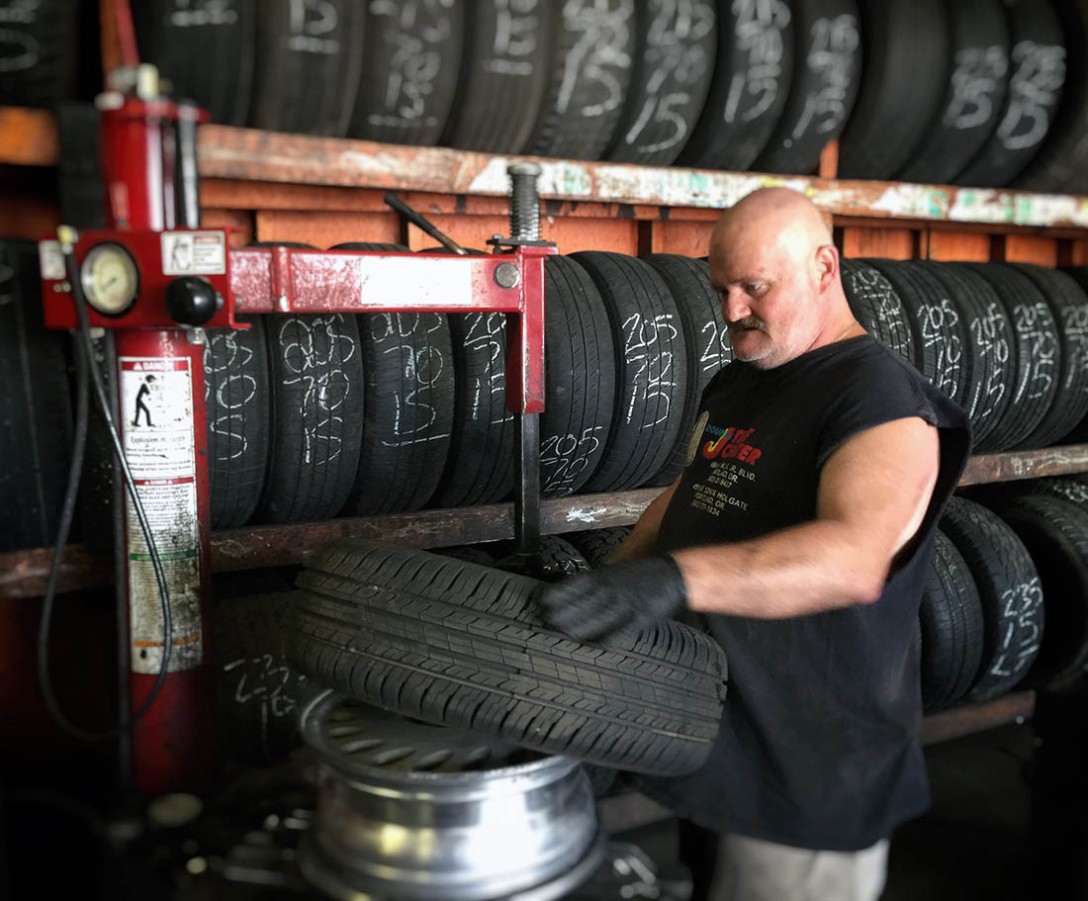 A worker tells Scott he fixed a tire for someone who just pulled in – cost $8.50. Scott waves him off – no charge. Another driver pulls in and wants to borrow an air gun to loosen a bolt on the underside of his car. Scott strings it out to him in the middle of the parking lot. Three men crawl under the car. They give it their best for ten minutes, but no go. The driver hops back into his car, thanks Scott, and bolts on down the road.