The Hmong are people from Southeast Asia who pass oral history and folk tales down in the form of shamanism and animism. In short, they worship ancestors and believe most things in the physical world have spirits or souls. Centuries ago, U.S. missionaries converted many Hmong to Christianity. It’s now feared that shamanism and Hmong cultural traditions may die out.

In 2002, Hmong immigrants in Portland founded the Gospel Hmong Alliance Church on North Lombard. During a recent Sunday service, congregants casually walk in and out of the chapel. A band called The Worship Team plays songs, led by a man in jeans and green t-shirt. It’s a friendly, informal place. Young men hang out in the lobby and answer questions politely.

A well-groomed man in gray slacks, pink shirt and blue tie gives the sermon – in both Hmong and English. “Does God care about you? It may seem not. You may think – God, where are you? My family is coming apart. My marriage is failing. My kids are spiritually dead. The lord says, have faith, don’t give up. Your children are not dead. Only sleeping. Your marriage is not dead. Only sleeping. Your life is not dead. Keep your faith.”

“Parents believe souls can depart but come back,”states Sam. He smiles and says his parents called his soul back to Oregon, but he was coming back anyway (to assist his ailing mother). 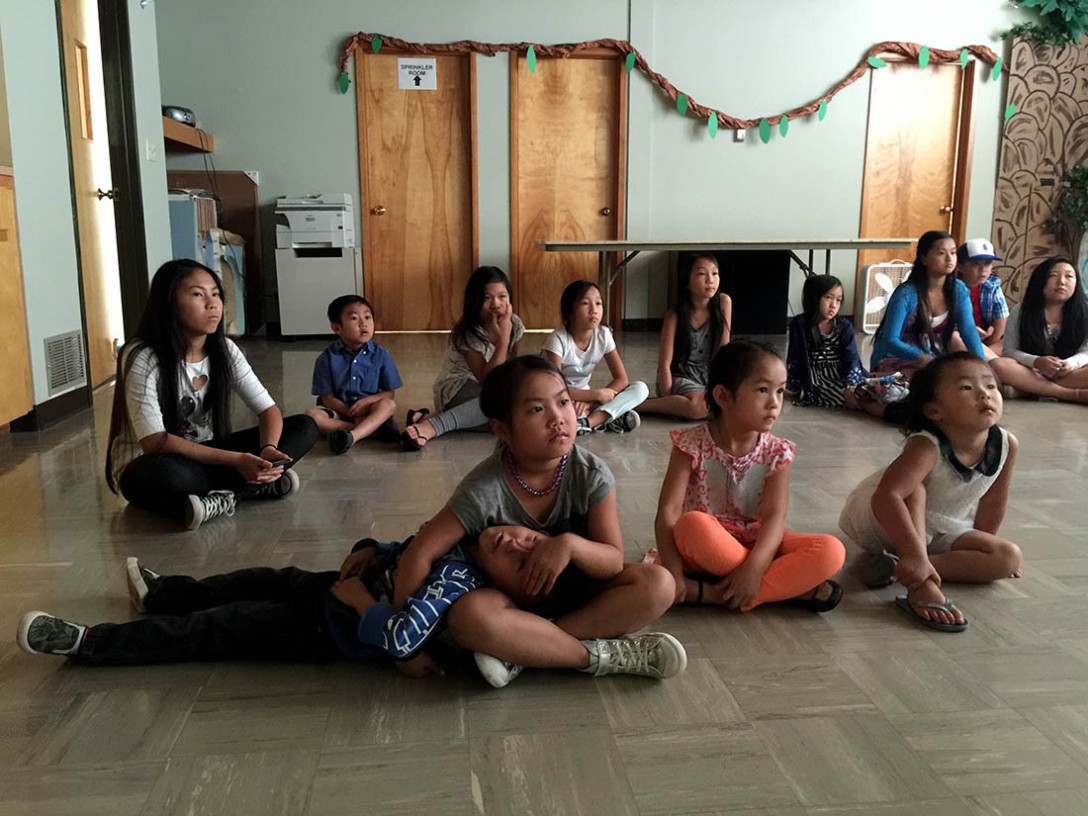 Teens are upstairs gathered around a bible study leader (Sam), a college student home for the summer. He says it’s true – some kids are pulling away from their traditions and culture. But it’s only natural. They were born in the U.S. and are Americanized. Still, elders pass down stories of spirits and souls, and their children listen respectfully.

“Parents believe souls can depart but come back,”states Sam. He smiles and says his parents called his soul back to Oregon, but he was coming back anyway (to assist his ailing mother). His return fits their belief system and his, too. He believes in caring for your parents. Amen to that.